Multimedia Journey through the History of San Marino

An emotional journey through the history and legend of the small Republic, told in a dynamic and immersive way with the help of multimedia technology. A historical period that embraces its entire life, from the origin of Mount Titano up to present.

The visit itinerary of the Titanus Museum unfolds over an area of 500 square metres divided into thematic areas.

ANCIENT AREA - From Prehistory to Early Middle Ages
The story told in this area starts from the geological formation of Mount Titano and gets to the foundation of the community by Saint Marinus, following the legend that leads the birth of the small Republic back to him. It ends with a timeline with which the historical stages covered are fixed: information and precious archaeological documents make it easier to find your way in the reconstruction of the most remote San Marino history.

MODERN AREA - From Middle Ages to Modern Era
It is narrated how San Marino has developed its independence and sovereignty over the centuries, from the 12th to the 17th, and it is shown, with the help of video mapping on a model of the territory, how its current borders have been achieved of over time.

CONTEMPORARY AREA - From Modern Era to Contemporary Period
The story spans the period from the 18th century to the 21st century, accounting for how the small state, enclosed within the Papal State, has become an internationally known political reality and an effective member of the United Nations. The narration makes use of the holographic form of three key figures in the history of the Republic of San Marino, who address the public: the Holy Founder Saint Marinus, the military genius who became French emperor Napoleon Bonaparte, the Italian revolutionary hero Giuseppe Garibaldi. 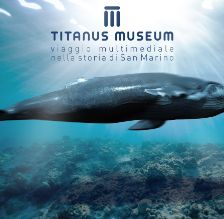 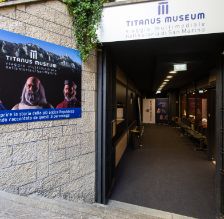 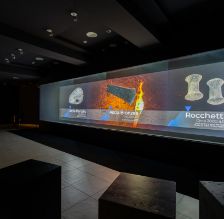 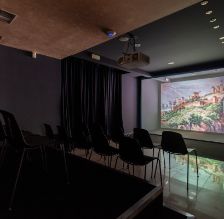 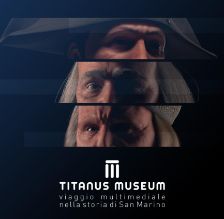